A few years ago I posted an early, work-in-progress version of this Bakewell Flapjack recipe. Having refined the process over the years I thought it was time to post this revised version online. Unfortunately I don’t have new photos to accompany it but it’s easy enough to follow. The quantities mentioned below produce a big … 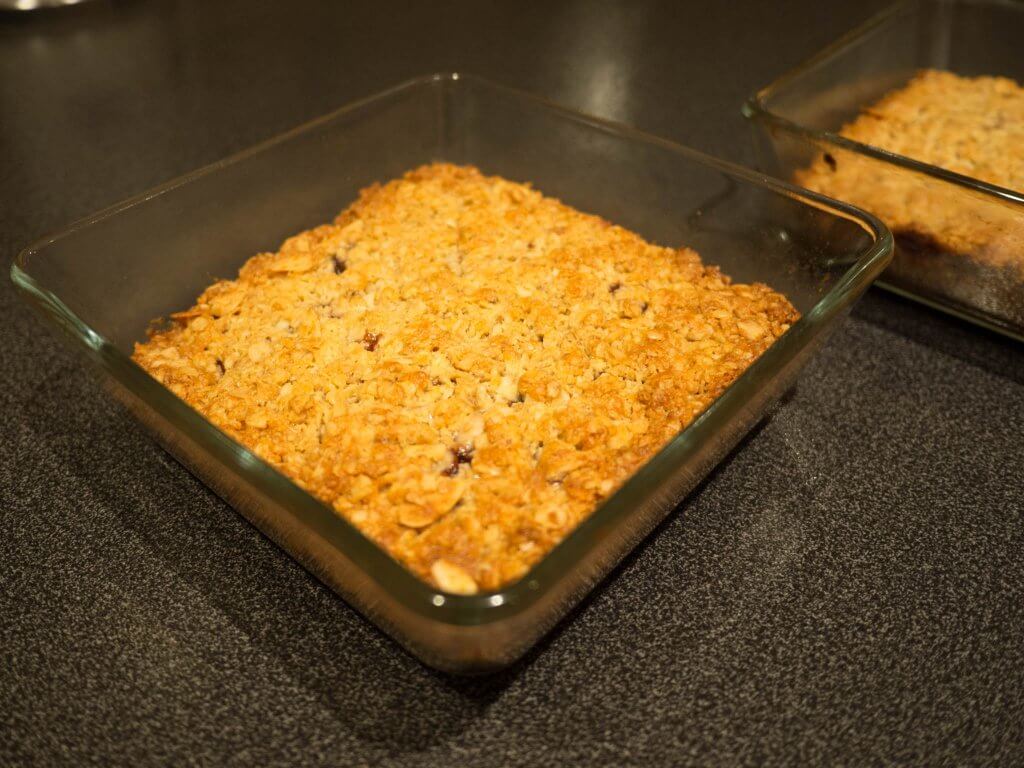 Combining the best elements of my two favourite sweet treats, flapjack and Bakewell tart, this recipe is one I make on regular basis. Flapjack is ideal for taking on hikes as a snack and this variation elevates it to a new level! Credit to LaurenJC, whose recipe I’ve based mine on with just a few tweaks. The quantities below …

Seems I only use this blog for dumping recipes! Here’s a new one for banana bread chocolate chip muffins. This makes a nice alternative to a normal banana bread loaf. Ingredients 120g self-raising flour (or plain flour with 1 teaspoon of baking powder) Pinch of ground cinnamon 2 extra-ripe bananas mashed up 75g light brown … 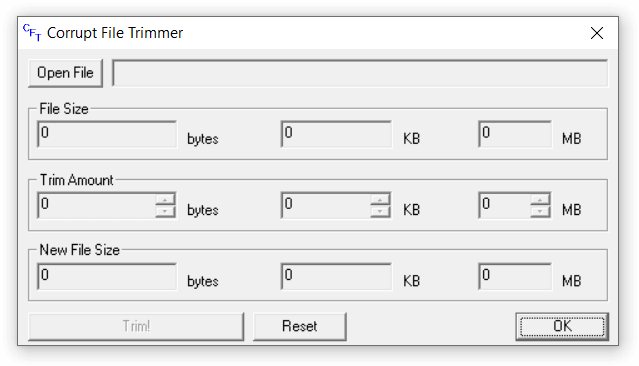 Way back in the day™, before BitTorrent and eMule/eDonkey, the file sharing platform of choice was WinMX. It seems like a lifetime ago and in technology terms, it was. It required a lot more manual intervention in order to exchange files compared to modern software. It was very inefficient, slow and quite frankly a little ugly. However, one thing I did love about WinMX was the built in chat room facility which nurtured many a community, usually centred around whatever files were being shared. I got quite friendly with the bloke who ran one of the chat rooms and completely out of the blue he emailed me recently. It was great to hear from him and it took me right back to my days at University, he says as if I’m sat here in my easy chair with slippers and a pipe, offering Werther’s Originals around to small children!

My friend did have good reason for making contact, aside from to say “Hi”. You see, WinMX had an annoying bug where large files would occasionally become corrupt if the transfer was terminated before competition. Attempting to resume the file would sometimes give you a warning message and many people simply restarted the file from the very beginning. My connection at the time was 128kbps down and 64kbps up and the files I shared were mostly around the 700mb mark, so you can see that when corruption occurred, it was not pleasant. However, some smart people discovered that if you stripped back the corrupt “dead wood” from the end of the file then resumed transfer of the file, more often than not it worked. The easiest way to do this at the time was to use file splitting software, which was designed to split large files so they could fit on multiple floppy discs or CDs. It was an awkward process and often you would trim a file only to find it needed more trimming off. At the time I had just completed a course in MFC programming for my degree so I decided to write a program to tackle this task better.

I know it’s lame to return to blogging with such a pathetic post, particularly as so much has happened since my last entry on here but be grateful faithful readers…or more likely spam bots!

Here’s my quick and easy Cheese and Broccoli Bake Recipe which will probably feed two people, or one chunky monkey like myself.

Update:After cooking this many times I’ve revised this recipe somewhat. Gone are the potatoes and the quantities are a little revised. It now easily caters for 2 hungry people and probably more like 3 with normal appetites!

Leave it to cool and dish it out. Sorted!

Banana cake is very popular around these parts. Maybe it’s because it sounds healthy when actually it’s not. But anyway, here’s the recipe the little one uses.

“They Haven’t Got Me Yet” is an autobiography/biography written by my parents, Janet and Peter Dashwood. The book focuses on my father’s childhood, his work with the English Folk Dance and Song Society (EFDSS) during the Folk Revival and how we fought Motor Neurone Disease. If you wish to order a copy of the book, we …

Perhaps I’ve just not been paying attention to new music in recent times but it seems there’s been a sudden influx of fantastic albums lately. Starting with The Delays “You See Colours” a couple of months ago, which came out of nowhere for me as I’d never even heard of the band. Pure catchy electro pop with a dusting of guitars. Sweet. Very interesting, unusual sound/production.

Snow Patrol‘s fourth album “Eyes Open” hit bang on target, just as good as “Final Straw” if not an improvement. I wonder if Gary has had vocal coaching or maybe it’s just all that touring. In any case, his voice seems to have found new range and strength.

I only noticed The Feeling when I saw there album was number 2 in the charts so it’s fair to say I’ve probably missed everyone raving about them. Looking them up on Wikipedia I notice Chris Moyles has been championing them and since I now only get his podcast perhaps I’m actually missing out on some good music! Never-the-less, anyone who’s not heard “Twelve Stops And Home” go and get it now.

Gomez never dissapoint and it’s hard to believe that “How We Operate” is their sixth studio album. Seems like only a short while ago “Bring It On” was doing the rounds.

Keane have certainly worked on their sound for “Under the Iron Sea”. A lot more work has gone in to the production and it’s a great follow up album, even if the songs themselves perhaps aren’t quite as strong.

Finally, The Automatic – “Not Accepted Anywhere”. Worth checking out even though the backing singer doubling up the main vocal in a shouty stylee is a bit irritating for a whole album!

Hayley asked me to install a web mail client on her domain a while back which might get past her work’s web filter (they don’t like you checking email at work). I came across RoundCube Webmail and got it installed in 5 minutes.

Haven’t had time to really put it through it’s paces but the interface uses AJAX to good effect, much like GMail, but less cluttered.

I did Music Tech at Uni and a lot all my class mates were really in to the very latest new music, raving about the latest bands I’d never even heard of. I kind of got that feeling of being an outsider if I didn’t have a band that no one else had heard of to champion over coffee and a dunked mars bar. Indeed, there’s probably just one band who I can lay claim to picking up on before everyone else jumped on the bandwagon and that band be Soulwax.